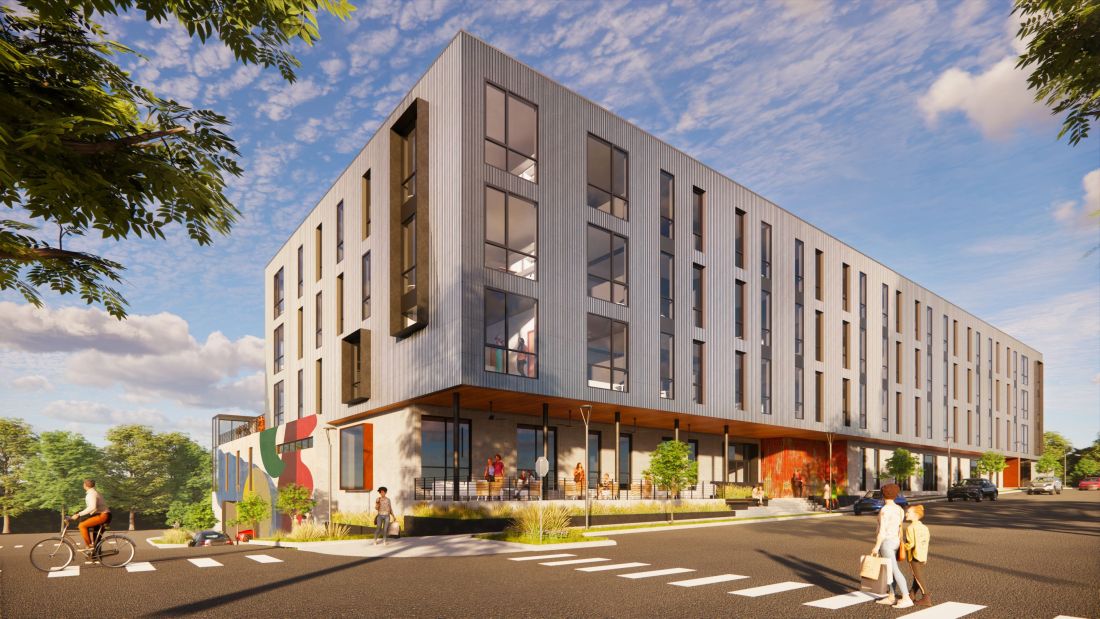 In September 2022, Artspace and the Windgate Foundation announced plans to advance a new mixed-use project for artists in Little Rock’s East End neighborhood–the Artspace Windgate Campus. The construction plan is a four-story building that will provide 60 units of affordable live/work style housing designed for artists and their families, ten working artist-in-residence studios, ample event and gallery space, a large outdoor courtyard with murals and sculptural components, a rooftop deck with views of downtown, and approximately 16,000 square feet of commercial space for local arts and cultural organizations.

Long an important regional economic and transportation center with a number of well-regarded cultural institutions, Little Rock gained new status in 2004 with the opening of the William J. Clinton Presidential Center. However, the recent population growth has been slight and fueled largely by annexation. The 2018 Annual Urban Development Report prepared by the City’s Planning and Development Department noted “historic lows, for the ninth year” in the construction of single-family homes. Through receiving a Creative Corridor designation and various revitalization efforts, civic leaders continued to view downtown Little Rock and its central business district a work in need of progress.

The Artspace Windgate Campus grew out of a strategic effort led by the Windgate Foundation, a private family foundation that aims to advance arts and arts education in the United States. Windgate has long been aware of Artspace’s work around the country–more recently its 2018 year-long study in Northwest Arkansas–and hoped someday a project could be completed in Little Rock. Windgate has been a funding partner in Artspace’s Oglala Lakota Artspace project on the Pine Ridge Reservation in South Dakota as well as other developments. Feeling like the timing was right and with Windgate’s relocation to central Arkansas, Artspace was invited to Little Rock/North Little Rock to look at the potential and the demand for creating affordable, sustainable space for this metropolitan area’s creative people.

“Providing the creative community in central Arkansas with a place to gather, live, and work is essential to the growth of our culture and economy. Our belief in this project and our confidence in Artspace is what propelled Windgate Foundation to initiate it. The response from artists in the area was so enthusiastic. We knew it would be a welcomed addition to Little Rock.” 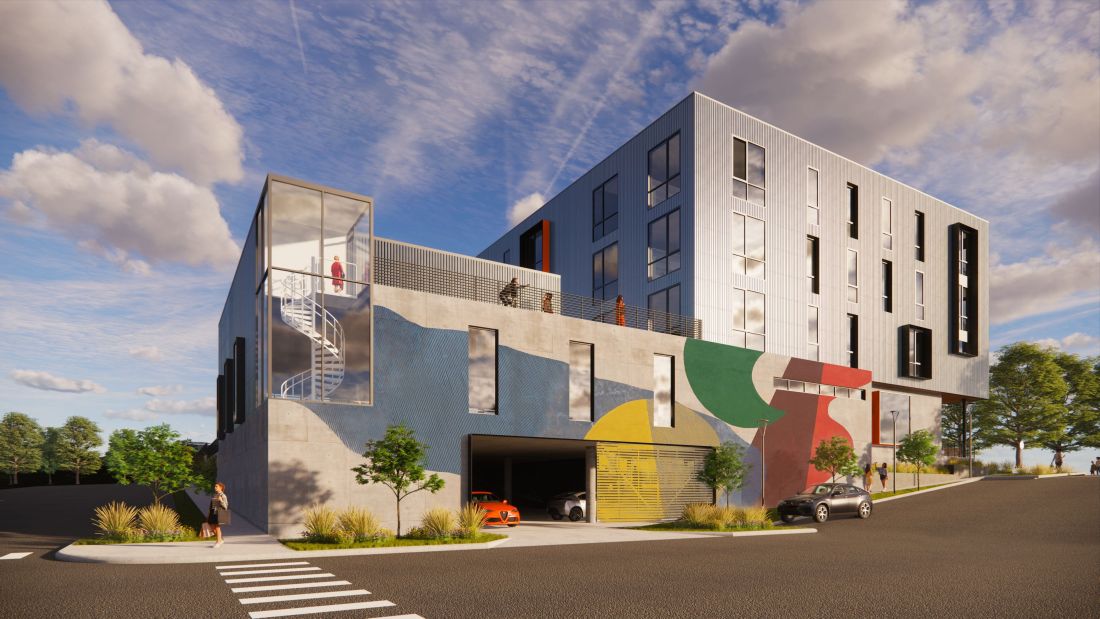 With strong local momentum acknowledging the arts as a strategy for community development, Artspace partnered with the Little Rock/North Little Rock communities beginning in 2018 to explore the feasibility of an Artspace live/work project in Little Rock’s historic East End. Over the course of 10 months, the Artspace Consulting team facilitated three focus group of about 50 stakeholders; held several public meetings at the Mosaic Templars Cultural Center with more than 300 attendees; toured five potential sites; and met multiple times with a collection of key civic leaders, arts organizations, local artists, and creative businesses dubbed The Core Group.

Through conversations and studies with The Core Group similar goals began to emerge including supporting creative businesses and nonprofits, anchoring an arts district, and preserving affordability. The group also noted that despite the community’s efforts to make racial segregation a thing of the past, Little Rock “is still a divided place” where “the artist spaces are still predominantly for white artists.” The goal of bridging geographic and cultural communities resonated with the focus groups and received the greatest number of votes.

The new project has many local champions including Little Rock Mayor, Frank Scott Jr. “I am excited to have the Artspace Windgate Campus located in the East Village area of Little Rock’s historic East End,” said Mayor Scott. “This innovative project will bring not only bring additional affordable housing to this area but serve as a neighborhood hub.” With its proximity to the Clinton Presidential Center, Arkansas Museum of Fine Arts, and the future home of the Arkansas Symphony Orchestra, Mayor Scott describes the campus as an anchor for Little Rock’s expanding arts and culture scene.

“When we look at what makes cities great, it is a combination of affordable housing, economic opportunity, and exciting quality of life. The Artspace Windgate Campus provides all three. The impact of this project will be felt in the immediate neighborhood and beyond our city limits.” 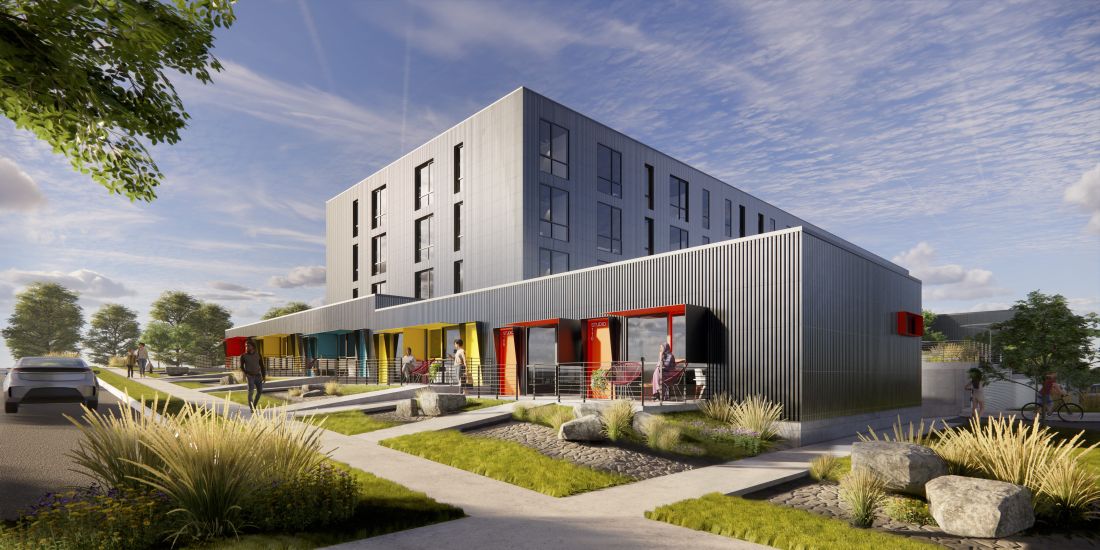 The Artspace Windgate Campus will build on local efforts to provide a hub and a home for the creative community in Central Arkansas by providing access to long-term affordable spaces to live, create, and experience art. All 60 live/work units of lofts will be affordable for residents earning between 30-60% of the Area Median Income. Construction is anticipated to begin in the Summer of 2023 and be completed by the end of 2024. The Artspace Windgate Campus will be the first of its kind in Central Arkansas.

“We envision this campus as an anchor in the East End that will solidify this historic neighborhood as a home for the arts for generations to come for all of Arkansas.”