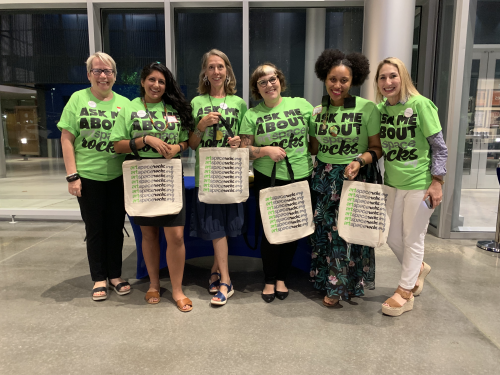 When you visit Artspace Consulting’s webpage on the Artspace website, you’re greeted with a medley of service options. Most involve some level of collaboration, but the paramount two that begin the process for all new Artspace developments are the Preliminary Feasibility Study and Arts Market Study. The success of either is contingent upon extensive outreach and hard work from on-site collaborators who form a Core Group. Few exemplify this model as well as the group we came to know through the Preliminary Feasibility and Arts Market Studies in Little Rock and North Little Rock, Arkansas.

First, to give definition to our work: A Preliminary Feasibility Study (PFS) involves the Artspace Consulting team visiting a community to conduct focus groups and a public meeting; as well as tour potential sites and arts assets to see if an Artspace development is feasible. An Arts Market Study (AMS) is the next step, in which an online survey is deployed to quantify demand for creative space in an area, including type, location, features, size, and price points. The local Core Group (CG) helps carry out the studies by serving as hosts, planners, outreach personnel, designers, educators, and coordinators. The PFS and AMS of Little Rock and North Little Rock— The Rocks—was made possible through support by the Windgate Foundation, who hand-picked the stellar, 16-person, cross-sector, all-volunteer CG.

“We share a vision of making The Rocks a better place to live by supporting our artist community and elevating our creative economy,” explained Mary Kennedy, Director and Curator of the Windgate Museum and leader of The Rocks CG. “That has been the driver for all these folks giving back [to our communities] through our work with Artspace.” The work began in April 2019, when the CG met to plan the PFS. Since then, they attended multiple trainings, organized public events, and conducted outreach. CG member Crystal C. Mercer also launched a six-week marketing campaign for the survey, which ran from September 24th through November 5th and resulted in over 800 responses. Mercer helped drum up grassroots survey support by explaining to community members that “nothing was decided, and those who took the survey would see their input reflected in the outcome.” Mercer, a black female artist, was also just one of two people of color in the original CG. At her suggestion, the group grew more diverse both ethnically and in skills represented, better capturing their shared community.

The Rocks CG had the added challenge of capturing the needs of two cities. Little Rock and North Little Rock, divided by the Arkansas River, have a long-standing intercity rivalry—but the CG united the two for the common need of more creative spaces. According to Kennedy, “focusing on our shared values around artists and access to the arts – regardless of which side of the river you live on – has enabled us to keep the usually competitive nature of the relationship in check.” Mercer added that “it gave us something to be proud of together.” This led to the CG coming up with a new title for their work, “ArtspaceROCKS,” which emphasized artists’ needs throughout The Rocks area as a whole.

Artspace looks forward to presenting the 10-month PFS/AMS findings at another rockin’ public event in January 2020.