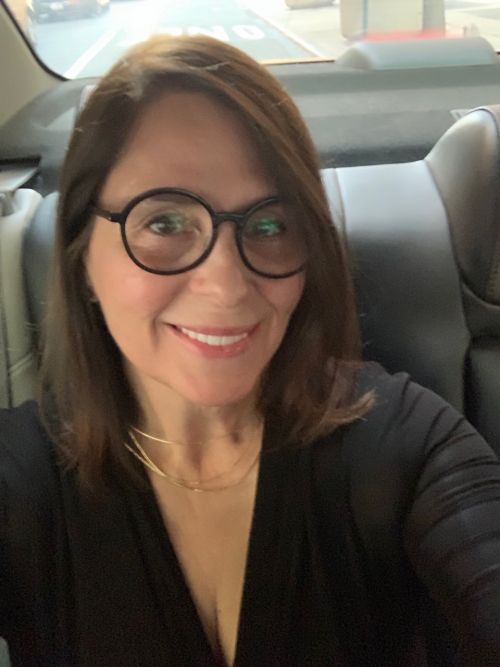 The Cowles Center for Dance & the Performing Arts was created by Artspace to serve as the flagship center for dance in the Twin Cities, and its annual gala will take place October 5th at the Minneapolis Marriott City Center. The gala’s theme this year, “Silver Screen Soirée,” pays homage to the magic of dance on the silver screen while honoring arts patron and filmmaker Elizabeth Redleaf. From her initial participation on the Cowles Capital Campaign Steering Committee (2008) to continued service on the Artspace Board of Directors, Elizabeth has a storied history championing the arts. Her mother majored in keyboard, and Elizabeth said her family always placed an emphasis on community involvement and service. “Music and the arts were very much a part of our family culture,” she said. “We saw the Nutcracker every year, wherever we lived. One of my earliest memories is of getting dressed up and attending a Boston Pops Concert with my grandmother.” Her tradition of arts support continues today, and Elizabeth reflects on her history with Artspace and the Cowles, stating that Artspace has an impressive mission, “full of talented and dedicated staff, with a passionate and forward-thinking board, run by one of the nicest people on the planet, Kelley Lindquist. I feel honored and privileged to be a part of it.” Elizabeth has also been connected with a myriad of other arts organizations, from the James Sewell Ballet to the Walker Film Club, Film at Lincoln Center, Telluride Film Festival, FilmNorth, and many more. Beyond her support as a patron and volunteer, Elizabeth founded the film production company, Werc Werk Works. She cites the “autobiographical and wildly cinematic” film directed by choreographer Bob Fosse, “All That Jazz” (1979), as an early influence. “Not many films have managed to capture the excitement and physicality of Broadway dance like that film does,” she said. It is only fitting, therefore, that the Cowles celebrates the power of rhythmic, expressive movement, as captured in motion pictures, at this year’s gala co-chaired by Elizabeth’s friend Dan Avchen (with a “TechniColor Me Bad” After Party chaired by Thomas Pack). Elizabeth states that this year’s gala committee has designed an event that is “different, dynamic, fast-moving and fun, using not only the wonderful dancers from various organizations that benefit from having access to the Cowles Center, but [incorporating] some surprises involving film and cinematic excitement.” She advises gala guests to “wear your dance shoes and be ready to kick up your heels … because on October 5th, it’s ‘Showtime’!” 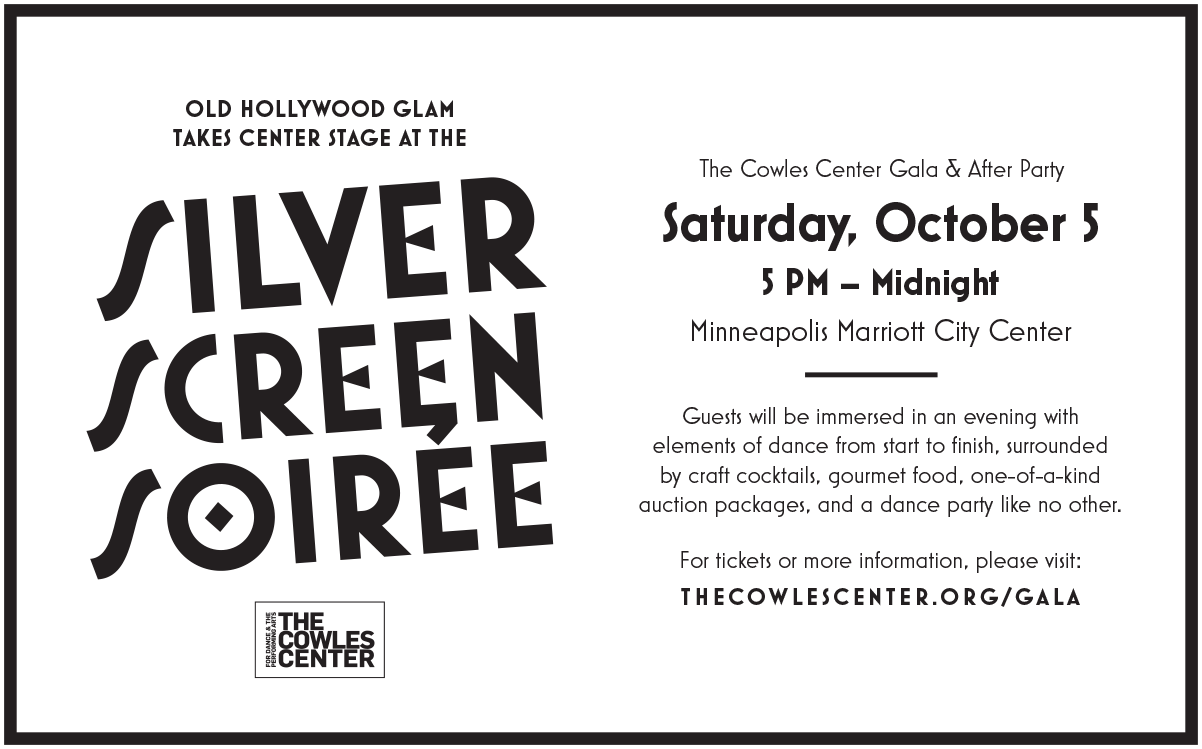