A Decade of MN Legacy Amendment 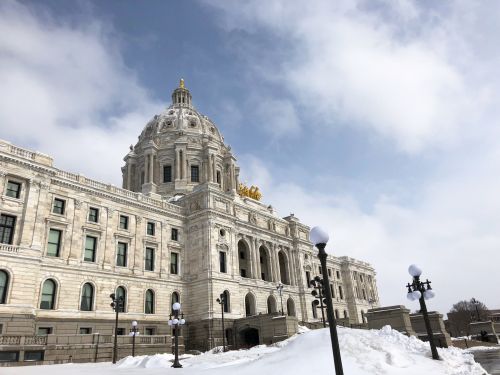 Artspace is fortunate to be headquartered in the state of Minnesota, which is ranked first in the nation for per-capita state arts spending. This is due to the 2008 passage of the Minnesota Clean Water, Land and Legacy Amendment, which generates sales tax revenue for quality of life issues like environmental conservation and access to the arts. Since its enactment in 2009, Legacy funding has provided some $200 million to artists and arts organizations across the state, driven and administered by a powerful coalition: Minnesota Citizens for the Arts (MCA), the Minnesota State Arts Board (MSAB), and 11 Regional Arts Councils (RACs).

MCA is a membership-based, grassroots arts advocacy organization, with Artspace a longstanding member and supporter. MCA organizes the community to lobby the State Legislature and Congress with many citizens, including Artspace staff, participating in MCA’s annual Arts Advocacy Day at the Minnesota Capitol. There, regular people assemble and receive training to be effective arts advocates—and are then let loose to meet with their legislators and share how the arts impact their lives and communities. Through these and other efforts, led by MCA Executive Director Sheila Smith, including steady activism by lobbyist Larry Redmond and buy-in from key politicians such as Senator Dick Cohen, Minnesota’s arts ecosystem has slowly reaped rewards. Senator Cohen founded a legislative arts caucus in the 1990s, and initiated an effort in 2004 to include the arts in a constitutional amendment.

Minnesota voters passed the Legacy Amendment in 2008, which places dedicated funding for the arts into Minnesota’s Constitution for 25 years. The funding comes from a simple increase in state sales tax by three eights of one percent, and the added revenue is distributed into five funds. The Arts and Cultural Heritage Fund receives nearly 20% of those tax-generated dollars. Since its launch the Legacy Amendment has quadrupled state arts funding to $40M annually, and distinguishes Minnesota as the only state to include dedicated arts funding in its constitution.

A state agency, the MSAB, manages nearly half of the Arts and Cultural Heritage Fund dollars, which it distributes via a competitive grant-making system that relies on the participation of Minnesota citizens as grant review panelists. The RACs also receive a share, which they disseminate as panel-reviewed grant awards as well, ensuring that arts support is spread across the metro, mid-sized cities, and rural areas to benefit all Minnesotans.

Artspace has been a grateful recipient of the MSAB’s General Operating Support since the 1990s, with a dramatic increase in funding following the Legacy Amendment passage. General operating support is harder for nonprofits to find, but the MSAB recognizes that stable organizations with an established record of service should receive funding to maintain their programs and facilities without special emphasis on new initiatives. The MSAB grant provides lifeblood to the backbone of Artspace by supplementing items integral to daily functions such as staff time, office supplies, and more. Artspace most recently received a generous, $596,955 award that significantly impacts day-to-day operations and the ability to create, foster, and preserve affordable and sustainable space for artists and arts organizations.

“The Legacy Amendment has had a profound impact on Minnesota because when we invest in the arts, the arts give back in stronger communities, in educational opportunities, and in economic impact. Attendance, as well as economic impact of the arts have more than doubled over the last 10 years. As I travel around the state, I see a flowering of interest in and attention to how the arts help communities to thrive. There has been a real renaissance in Minnesota because of the Legacy Amendment,” said Sheila Smith. “Artspace, through providing crucial work and life space for artists in Minnesota, has been an important part of that Legacy impact.”