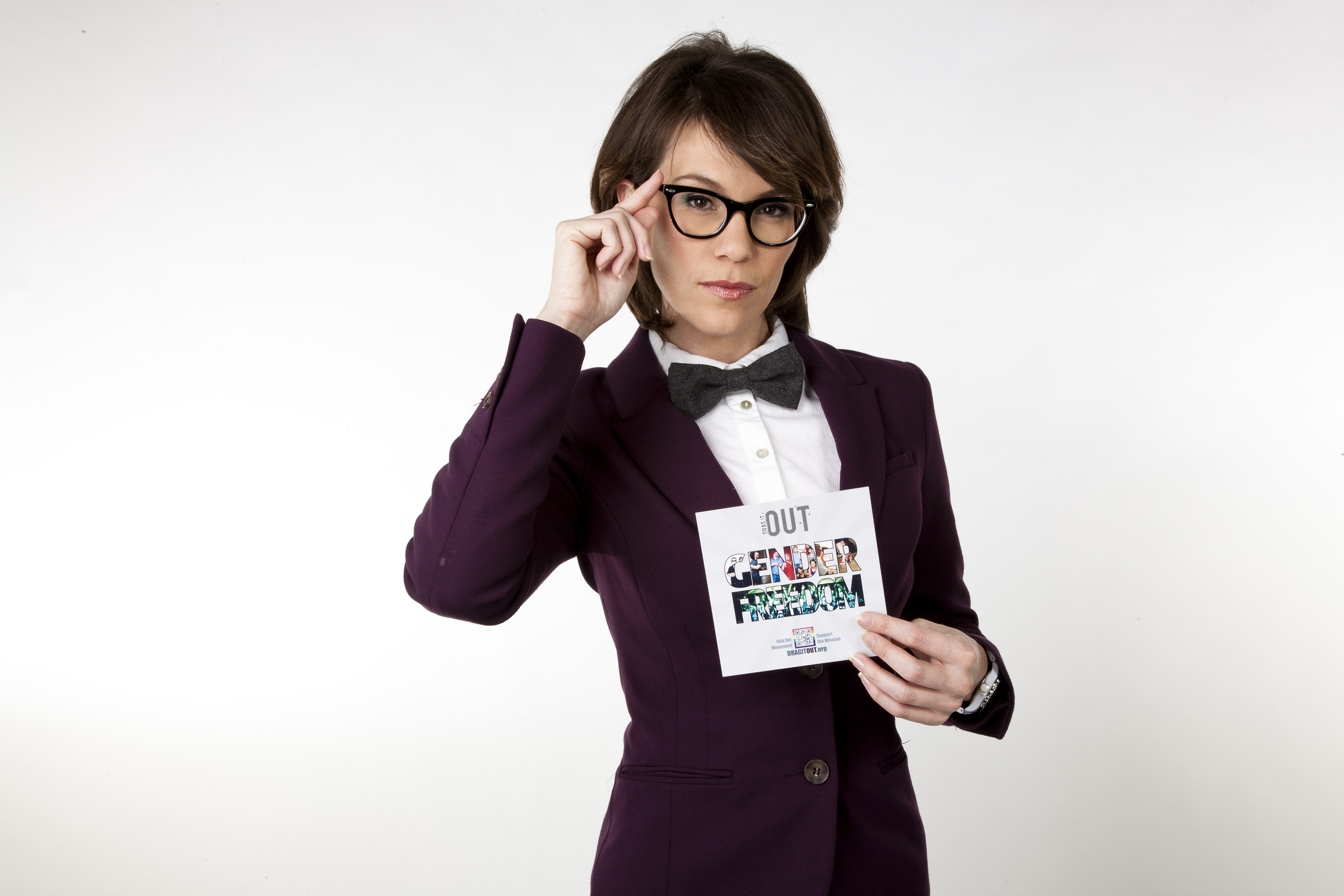 Born on May 28th, 1982, in Council Bluffs, Iowa, Tabatha Mudra came from humble beginnings. Spending most of her childhood in and out of foster care, she finally left her hometown in the summer of 2000 to South Florida where she pursued her education at a commercial art school, a career in photography and lifetime commitment to social justice and community activism. Tabatha feels that her personal work is her social responsibility. Through her artistic medium, photography, her projects range from portraits to essays chronicling themes that include but are not limited to individual struggle and perseverance, intimacy and relationships and gender identity and self-expression. In 2001, in reaction to the 9/11, “Attack on America”, Mudra created an artist piece titled, Line-up: Stereotype Me, showcasing, a Middle Eastern male titled Terrorist to bring awareness to stereotypes and their impact on society. The project engages viewers by asking them to stereotype themselves by filling in the blank, I am ______. Therefore people think I am ____. The project creates awareness around common stereotypes that individuals struggle within society. In 2006, Mudra began a social commentary and game titled, The A-Project. The Androgyny Project brings awareness to individuals that do not fit into typical masculine and feminine gender roles and features their stories and experiences of “being andro”. This project brings awareness to the gender spectrum by asking views to guess if the person in the picture is a biological boy or girl. In 2007, Mudra participated in The Guatemalan Project, a non-profit 501 C-3 organization that works to provide opportunities to improve the social and economic situation of the poorest people in Guatemala. During her time in El Triunfo, she documented areas of irrigation, water resources, dental and the health needs for a relocated village that was destroyed during a hurricane. The goal was to bring this information back to America to get sponsors to fund improvements to their quality of life. In 2008, in response to the recession, Mudra created an open call for participants for a project titled, We Are Doing It. Over twenty women from all over South Florida responded to a single post to come dressed as Rosie the Riveter and share their stories of economic hardship and perseverance in this photo documentary. In 2009, Tabatha Mudra founded Drag it Out, Inc. a nonprofit organization that continues to support and empower youth and adult members of the LGBTQ community and allies who may feel alienated by society. Mudra designed and created her own “school” of exciting workshops that generate self-esteem and build leadership skills. The workshops inspire individuals to explore gender identity and self-expression through performance art and community activism. At the end of each phase, Drag It Out hosts performances and fundraising events that raise money for at-risk youth and other causes. Through Drag it Out, Mudra has partnered with other community nonprofits like Pridelines and SunServe to attend local youth ‘esteem-building’ events, facilitate leadership workshops and create educational PSA’s that provide valuable resources to homeless youth and address on other diversity topics. Mudra also works with local universities such as NOVA Southeastern, Florida International and Broward Community College to provide workshops to students, sit on panels and speak on issues that impact the LGBTQ community.

Tabatha is highly respected as a leader in the region, and has been a keynote speaker at conferences on gender and women’s issues. She has served on the steering committee for the OUTlet Conference for Young Women, returning as a member of the Power Queers panel and facilitator of workshops where she won numerous awards for her outstanding leadership in the LGBTQ community.

Today, Tabatha Mudra is an artist in residence with Broward County Schools Diversity Department to create an installation called Broward Talks. The goal of the project is to have courageous conversations with youth to capture their views about issues impacting the world today. Tabatha is utilizing photography, video and illustration to capture conversations for public viewing and commentary. This is an ongoing project that touches on controversial topics like bullying, same-sex marriage and HIV positive youth, among others.

Tabatha was the recipient of Artspace's Dejunius Hughes Award for Activism in 2014. 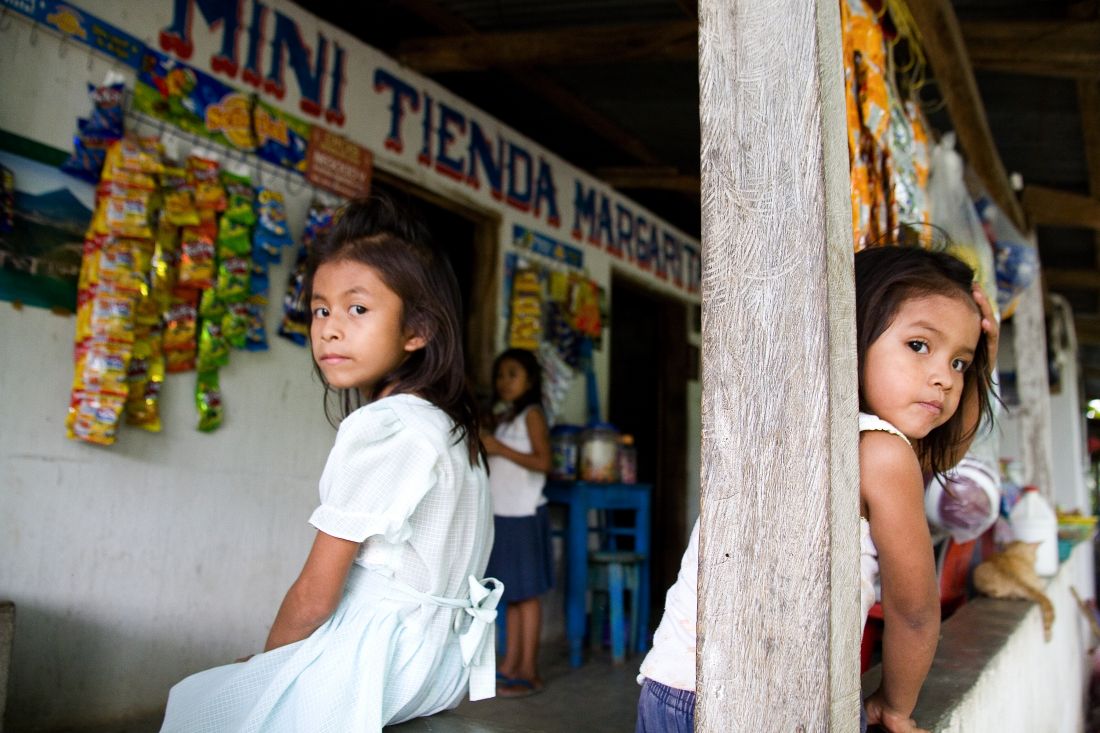 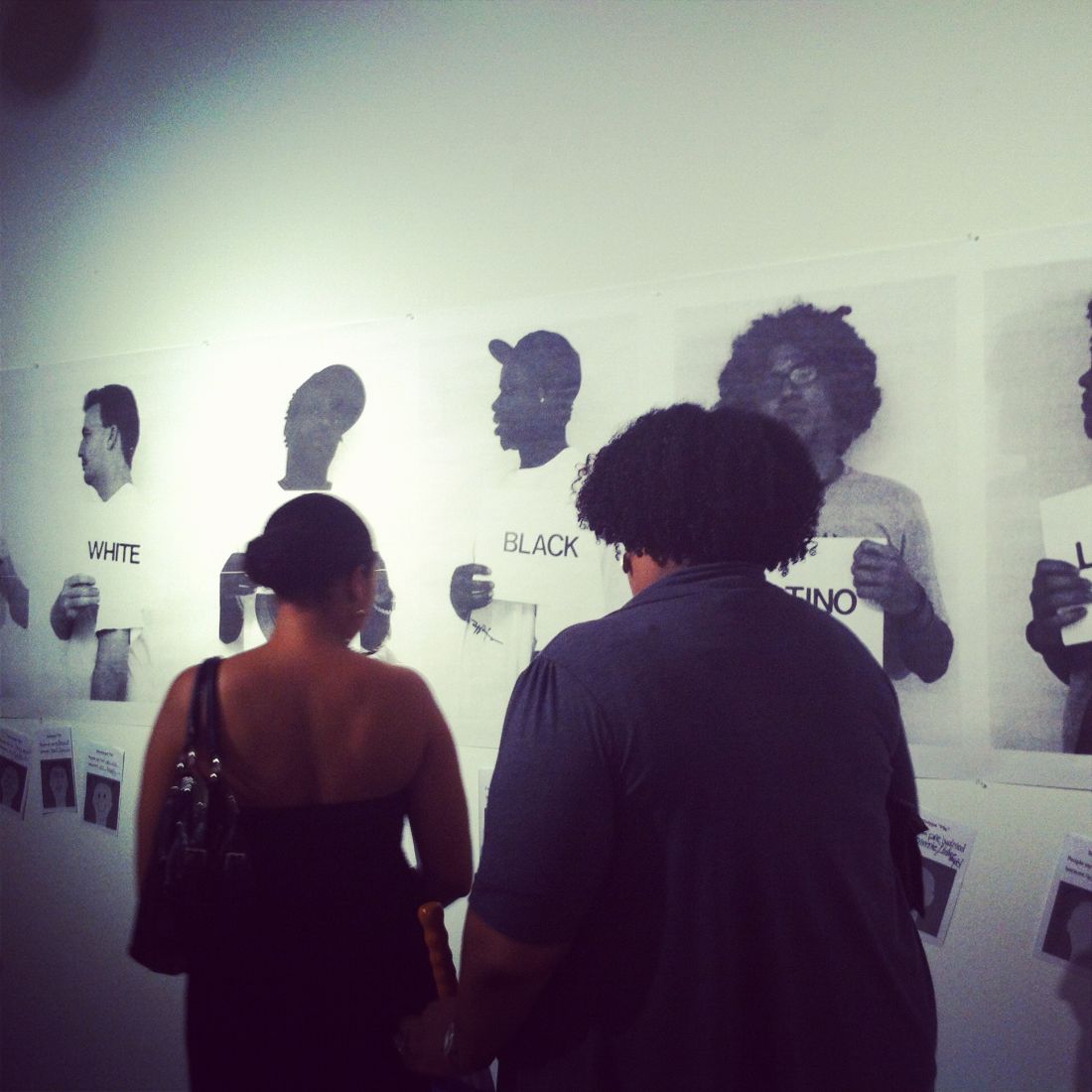 We are Doing it 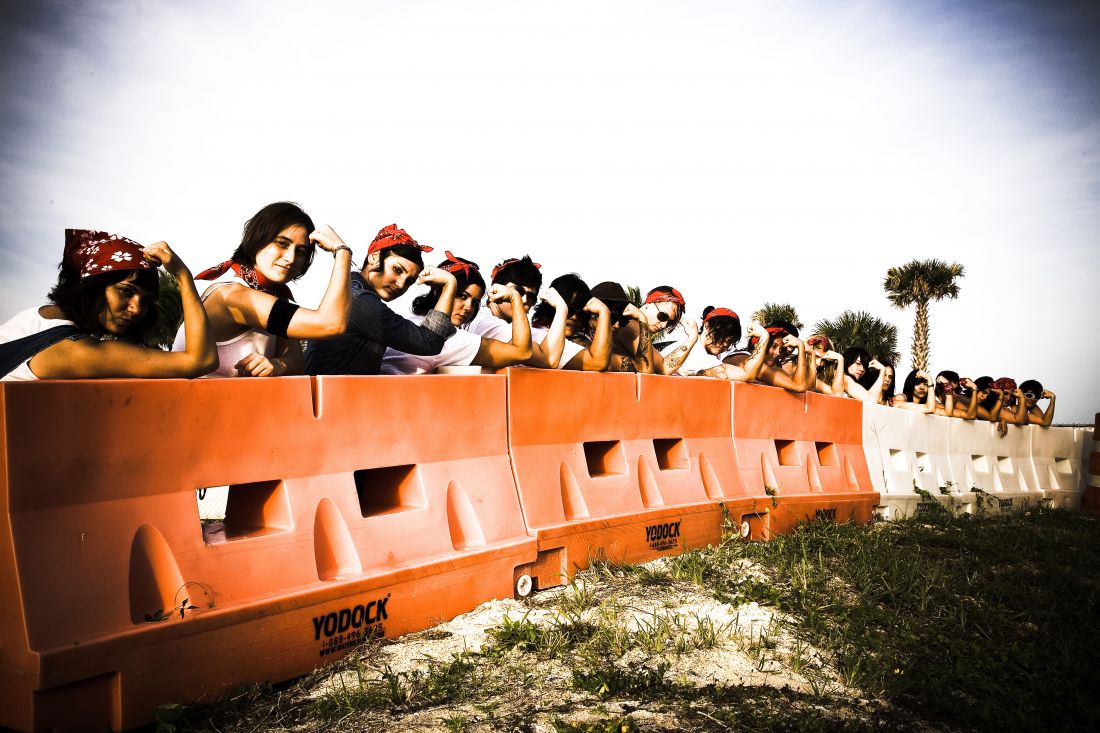 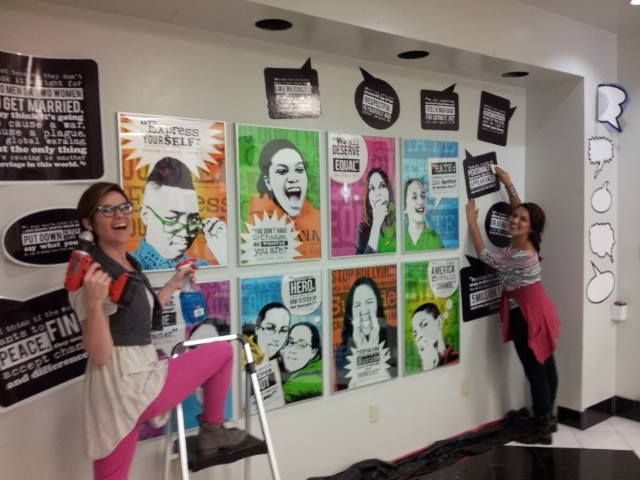 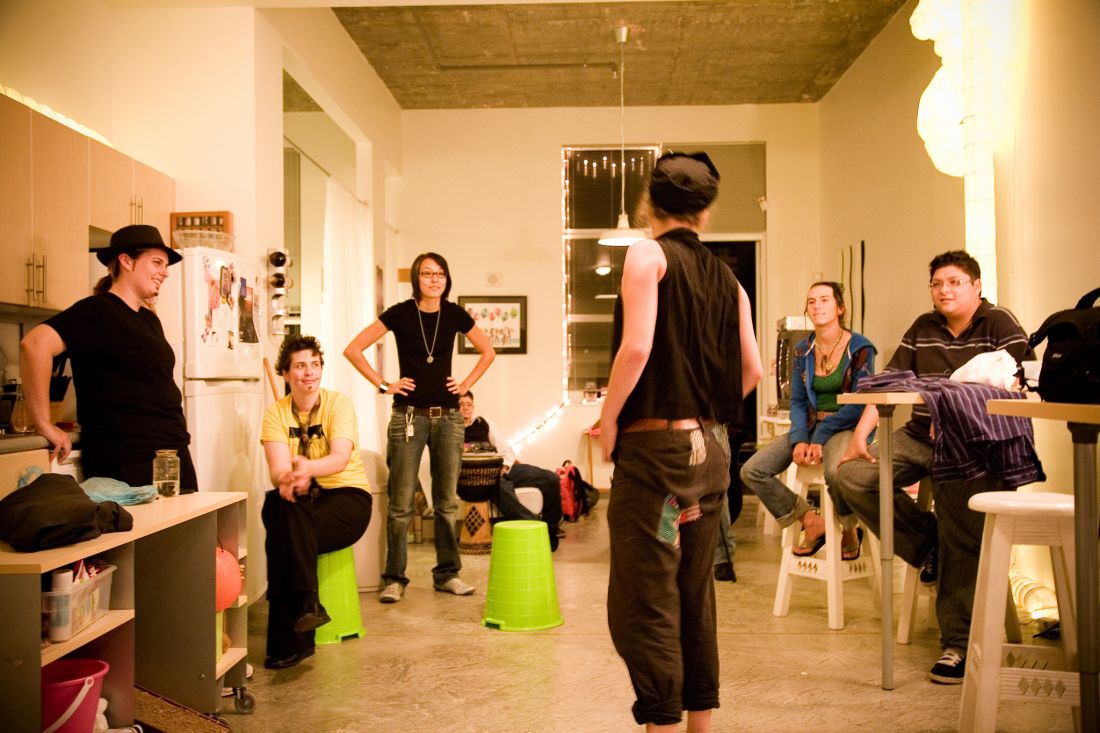 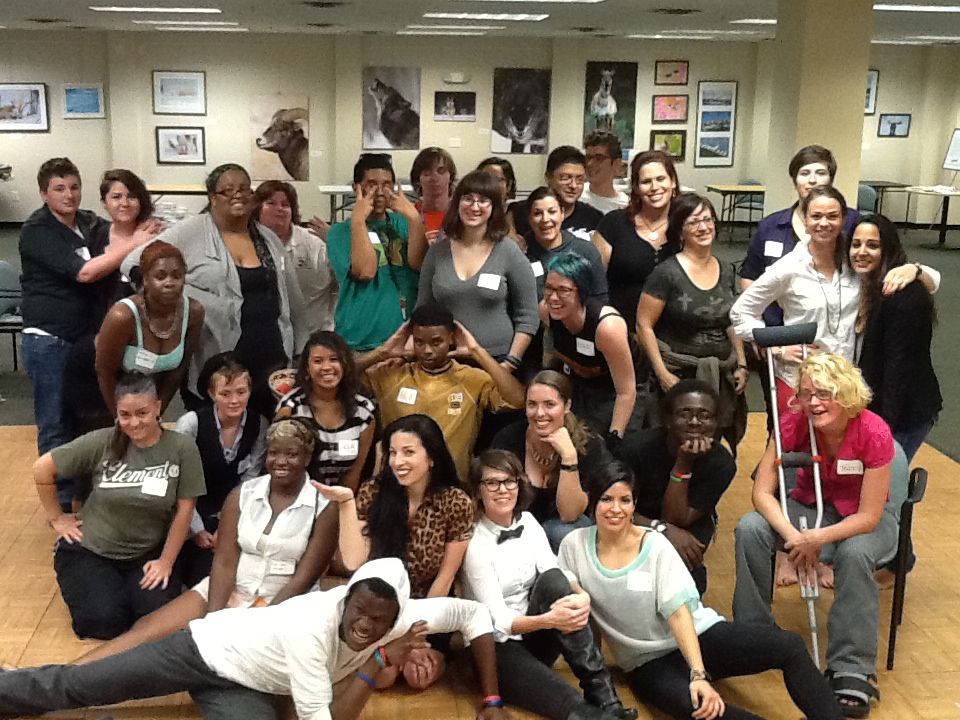